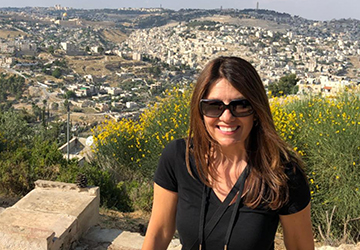 Debi Jordan’s early life took her from her birth in South Dakota to Chicago, Illinois, where she graduated highschool and became a young mother at seventeen. Jordan, determined to provide for her son, went to work for Montgomery Wards Credit Card Service Center in 1979. She then accepted a transfer to the Orlando, Florida office in 1982, further pushing her into a career as a Senior Credit Analyst.

Jordan volunteers in her free time and obtained her Associates Degree in InterDisciplinary Studies in 2004, spurring her to become a self-employed property manager.

Now the current founder of podcast, Love Out of the Blue, Jordan strives to find beauty in the world that reminds her she isn’t alone. She captures happiness in the small moments around her and in her two adult children, daughter in law, and two grandchildren.