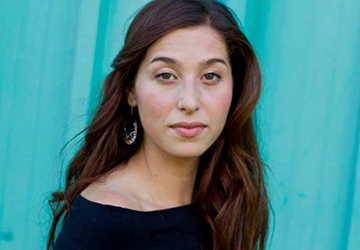 Job Title: Senior Hospitality and Communications Director, Chick-fil-A
Specialties: Communications, Hospitality Management, Writing & Editing
Their Podcast: Talent in Transition
Favorite Quote: “According to all known laws of aviation, there is no way that a bee should be able to fly. Its wings are too small to get its fat little body off the ground. The bee, of course, flies anyway. Because bees don’t care what humans think is impossible.” – The Bee Movie

Born and raised Central Florida, Isabella Senzamici graduated from Florida State University in 2016 with a Bachelor’s Degree in Editing, Writing, and Media. In college, Senzamici served as the Music Director of one of FSU’s a cappella groups and spent time with her buddy, Clarenia, within the International non-profit, Best Buddies. She spent her senior year interning with College Magazine as a Staff Writer and Editor in hopes of one day joining the publishing world. Upon graduation, Senzamici put aside her journalistic dreams to serve as part of the Executive Team for two Chick-fil-A’s in Tallahassee, Florida.

There she operated under the title of Senior Hospitality Director, facilitating the growth of over fifty college students in varying degrees of leadership. Senzamici found passion in serving alongside her team and maintaining a kind, transparent, and positive environment for continued personal and professional development. Senzamici ran in-store events, managed media and communications, and streamlined Chick-fil-A’s corporate Hospitality models across both stores.

Now, Senzamici takes a leap away from her first ever career with Chick-fil-A to uproot her life and move to Manhattan, New York, pursuing her original roots in writing and communications. In her spare time, Senzamici writes and performs music on her guitar, piano, or ukulele, spends time with her identical twin sister, and reads any mystery novel she can get her hands on. Senzamici serves part time as the Media and Communications Coordinator for A Server’s Journey team.