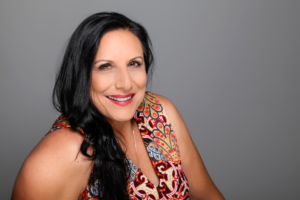 Jan Edwards is the founder and President of Paving the Way Foundation, an organization that is a fierce disruption in the cycle of child trafficking around the globe. This is accomplished through educational and training programs that empower communities to break the cycle. Jan spent over 25 years as an executive in sales and marketing working with organizations like Time Warner, Bright House, the United Nations and other international groups, before taking on the worldwide initiative to prevent children. Paving the Way has educated over 13,000 youth and adults the past 3 years. Ms. Edwards has been featured on NBC, multiple podcasts and iHeart Radio as an influencer on prevention education was awarded Orlando Magazines Women of The Year and Women on the Rise Community Impact Leader 2019 and American Haitian Art Network 2020 Community Advocate for her organizations work.
Jan is the writer, co-director and producer of the award-winning film, Trapped in the Trade, which was featured on CNN.

Jan is a member of the Cherokee Tribe – she was adopted out of the tribe to an extremely loving and caring couple. Her father was a Navy Pilot and Naval Commander and her mom was Registered Occupational Therapist and founding member of the American Hand Society. She knew her whole life she was adopted and part Cherokee. It wasn’t until 5 years ago that she connected with her heritage and her birth family, discovering the level of abuse in the tribe, that she had unknowingly escaped. Her drive and determination to make a difference in the world is a product of both nature and nurture, as she is a descendent of Chief Dragging Canoe, the last Chief to fight for our land in the east. He was a brilliant strategist and committed to preventing the extermination of the Cherokee people and I’m committed we end child trafficking around the globe.

Fun facts about me – growing up I was in 4H and a Debutante. Played Water Polo at UofA, worked at a ski resort and taught skiing during college at NAU, mom of an extraordinary daughter who lives in S. Korea teaching english with her husband. Love Monte Python and Mel Brooks movies. Favorite movies: Dead Poets Society and The Matrix. Current Favorite book: Essentialism by Greg McKeown. Old favorite book – Good to Great Jim Collins. Newly discovered a love for cooking…by following the recipe! Most exciting project: finishing up writing the sequel to her film Trapped in the Trade.