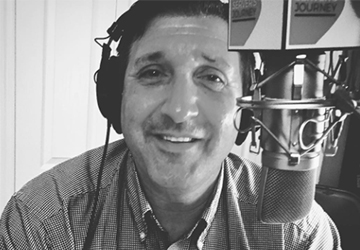 Rocky was born in Cleveland, Ohio, to Italian immigrant parents who instilled in him the values of hard work and education. When his family moved to Naples, Florida when he was just ten, Rocky began to work at Chick-fil-A throughout his young adult life. Upon admittance to Berry College in Rome, Georgia, Rocky met his spouse and made avid plans to attend law school. After two years of law school failed to light a spark, Rocky decided he wanted to make a difference in people’s lives and joined Chick-fil-A full time in 1991.

Destefano opened a double drive-thru restaurant in Altamonte Springs in 1995.  After building a great team in Altamonte, many of the associates traveled with him when he opened a restaurant in Lake Buena Vista in 1997. With a diverse work crew with nationalities from South America, Central America and Eastern Europe,  this restaurant taught him that regardless of where people are from, everyone possesses the same motivation to work hard, succeed and the desire to be part of a family atmosphere.

In 2004, Rocky had the opportunity to open the Chick-fil-A in Clermont where Rocky and his family currently now live.  Rocky is serving his second term as President for Community Foundation of South Lake, board member for New Beginnings, Pig on the Pond, and is an elder at the Church at South Lake. He has won the coveted Symbol of Success award from Chick-fil-A three times.