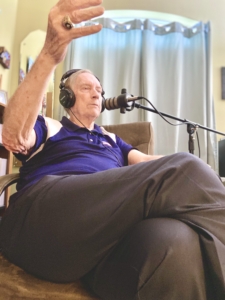 Russ Sloan grew up in Columbia, Missouri and received his undergraduate and master’s degrees from the University of Missouri. Russ was an all conference end on Missouri’s 1961 orange bowl team and he also played in the 1960 Hula Bowl coached by Bud Wilkinson of Oklahoma.

In 1972 he resigned from college coaching after winning 3 consecutive conference football championships to run for the U.S. Congress in Missouri. His race turned out to be the 17th most expensive house race in America & the closest in Missouri.