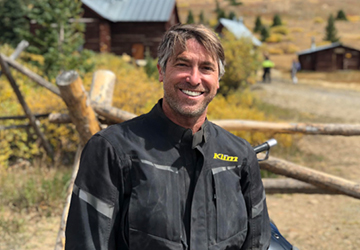 A St. Augustine, Florida native, Rossi began selling newspapers in middle school. While peers told him he would dive into entrepreneurship, Rossi’s heart lay in space travel. Rossi dove headfirst into his astronaut dreams, attending the University of Florida for Aerospace Engineer with a minor in Physics and Astronomy. After graduation, he worked at a defense contractor until faith changed his perspective; Rossi was inspired him to build a company that empowered people instead of consuming them.

Tom Rossi currently serves as the CEO and founder of Higher Pixels, a software product building company based out of Jacksonville that hosts four different web related products. Tom and his company take pride in their products as simple solutions to complex problems. Tom love the partners he gets to lead with, the team he gets to work with, and his day to day work in the marketplace.

Tom has a wife of twenty years and loves anything technology related. When wife Kit isn’t running a dance studio of her own, she helps take care of their four children ranging from age five to age fourteen. Recently, Tom’s passions range from snowboarding to adventure motorcycling.