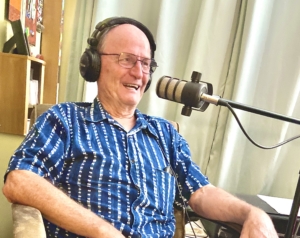 Bob Ehmann has been a substantial leader in his church, community and in missionary service over the extent of his life. Bob was born in Colorado as the oldest of 5 siblings, 4 brothers and a sister, to parents who were ranching. Later, his parents met a missionary couple from Mali who were a major influence in their coming to Christ.  Afterwards, his family moved to Canada to join Prairie Bible Institute staff when he was four years old.  Bob went on to attend grade school, high school and Bible college there. He worked alongside his father on the school farm, meat shop and bakery and during college summers he served with a rural church planting mission, helping with youth, evangelism, camps and vacation Bible schools.

Eventually, Bob graduated from college, got married and joined a mission society all in one year. He served with them in church planting, discipling, administration and recruitment for 53 years. Not to mention, he and his wife spent 33 years in Mali, West Africa, 10 years in Malaga, Spain at the Malaga Media Center with the focus on North Africa, and 10 years at Echo Ranch Bible Camp in Juneau Alaska. Now retired, but still active in local church and community, Bob and his wife have been married for an astonishing 55 years.  They have one daughter with her own family of 3 children that serves as a missionary in Bolivia.