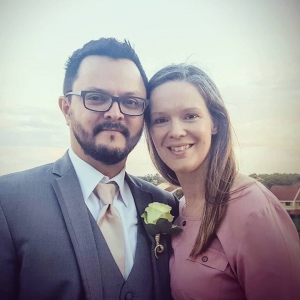 Their Podcast: Why am I Anxious?

Born in Maracaibo, Venezuela, Cesar Perez is the son of immigrant parents from Colombia and the youngest of 3 boys.  Right after high school, Perez left his home and moved to the US to do some hands-on training in ministry and counseling.  On the day he arrived to the States, he met a girl who became his best friend and eventually his wife.  They have now been married for 18 years and have three kids between 16 and 12 years old.

His Bachelors in Ministry and Masters in Counseling Psychology, both from Palm Beach Atlantic University, have aided in his rich career in counseling.  In psychotherapy, he uses Psychodynamic and Emotionally Focused Therapy approaches, and he is also trained in Hypnotherapy as well as multiple trauma interventions such as EMDR, ART, and RTM.

Surprisingly enough, Perez’s Associate’s degree is in Mechanical Design, which led him to his first career in CAD for about 10 years.  His heart, however, was always on helping people through their struggles.  It was in his early 30’s that he decided to go back to school to eventually become a licensed therapist.  There were a series of circumstances that led him into depression for about 3 years, which has led him to a deeper understanding of the emotional state of many of his clients when they come into the counseling room.

In his full time job at The Church At South Lake in Clermont, Fl, he performs counseling, pastoral care, leads Life Groups, and video/photography work.  He also works in Orlando one day a week doing therapy for couples and individuals.

A drummer since the age of 15, one of Perez’s greatest joys is to see his kids performing beautifully in piano, drums, and hearing their original songs.