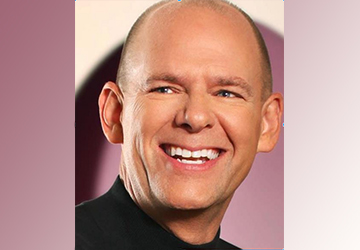 Job Title: Vice President of Training and Development, Chick-fil-A, Inc.
Website
Specialties: Leadership Development, Servant Model Leadership
Their Podcast: Talent Magnet
Favorite Quote: “Above all else, guard your heart, for everything you do flows from it.” -Proverbs 4:23

Mark Miller began his Chick-fil-A career working as an hourly team member in 1977. In 1978, Mark joined the corporate staff working in the warehouse and mailroom. Since that time, Mark has steadily increased his value at Chick-fil-A and has provided leadership for Corporate Communications, Field Operations, and Quality and Customer Satisfaction. Today he serves as the Vice President of Training and Development. During his time with Chick-fil-A, annual sales have grown to almost $4 billion. The company now has more than 1,500 restaurants in 38 states and the District of Columbia.

Mark teamed up with Ken Blanchard (coauthor of The One Minute Manager®, among other best-sellers) to write The Secret! What Great Leaders Know and Do. More than 350,000 copies of The Secret are in print, and it has been translated into more than 20 languages. His latest book, The Secret of Teams, was released in 2011.

Mark enjoys an active lifestyle. As a photographer, he enjoys shooting in some of the world’s hardest-to-reach places, among them Mount Kilimanjaro, Everest Base Camp, and the jungles of Rwanda. He’s also a runner, and recently completed his first marathon.

Mark and his wife, Donna, have two sons and have been married for more than 30 years.