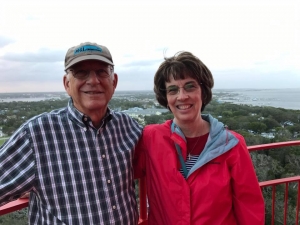 Job Title: Technical and Electronic Sales
Specialties: Sales, Leadership
Their Podcast: Mike Hodes on Being Consumed By Your Work

Growing up, Mike Hodes spent winters in sunny Florida and summers in New Jersey with dad. When he moved to St. Pete with his mother, his step father’s abusive and alcoholic nature began to shape him into a transactional man. He formed bonds with others because of what “they could do for him.” He had big dreams to build race cars, so he dove headfirst into an engineering degree at Dayton State College. Life ground to a screeching halt when one of Mike’s professors, an ex-submariner, gave Mike the hard truth that his skillsets didn’t fit into engineering, but that of sales. Trusting his mentor, Mike made the career shift into industrial technologies and education at University of West Florida. Thus launched his career into the technical and electronic sales world.

Mike led a hard and driven life, working 80+ hours a week and commodifying the people with whom he worked. It was only Mike’s “Come to Jesus” moment that turned him into the compassionate and kind servant leader that he has worked to become today. This moment changed his life, his work, and his love. Mike allowed his relationship with God to transform the way he interacted with his team, with others, and with himself.

Today Mike works with Mosaic Motors, a ministry that details and rehabilitates donated cars to make them usable for those in need of transportation.