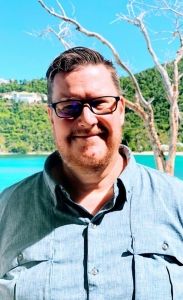 Wilson (Wally) Wallace was born and raised in Red Oak, Georgia. At eleven months of age, his father passed away. This event helped shape and motivate him to rely on God, his Heavenly Father, for his every need. A child of the 70’s and a teen of the 80’s, Wilson was raised by his Mom and his older sister. Wilson accepted Christ as his Savior at the age of 12, changing his life forever.

At the age of 12, when Wilson met the founder of Chick-fil-A, he asked Mr. Cathy for a job. Mr. Cathy smiled and asked him to wait until he was old enough. When he finally joined the Chick-fil-A team, Wilson found a company that felt like family. Here, he began to develop a servant’s heart.

Wilson attended Berry College from 1987-1991 and received the Winshape Centre Scholarship. While working at Camp Winshape, Wilson felt called by God to minister to children and youth. At Berry, Wilson met his bride, Robin, and they were married in May of 1991. From the beginning, they planned a life of serving others.

Wilson served as a youth pastor for five years and became an ordained minister in 11995. At the time of ordination, Wilson and his wife were called to be houseparents in a gorup foster home with WinShape Homes. They would have ten to twelve traumatized children at a time. That began a 21 year journey of serving as houseparents, parenting 42 children. Several children, now grown, still call Wilson and Robin Dad and Mom.

In 2017, Wilson and Robin were called to serve in their favorite vacation spot, the island of St. John in the US Virgin Islands. With no full time housing and no jobs, they took a leap of faith. God placed them in ministry serving at St. John Christian Academy, and they both currently serve with their daughter, Lily, and rescue dog, Inspector Fluffernutter.